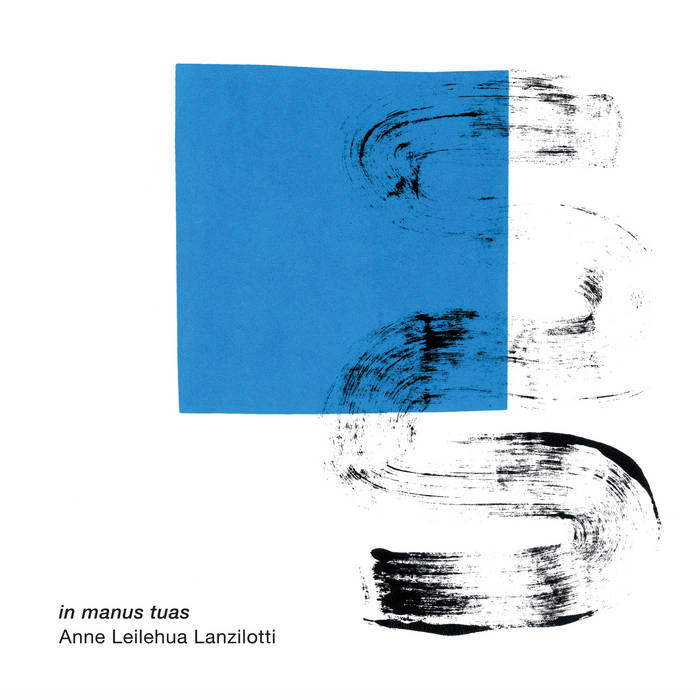 Violist and composer Anne Leilehua Lanzilotti’s debut full length recording, “in manus tuas,” explores the art of transcription and its implications for contemporary repertoire. In the digital age, the distinction between transposition (available to us at the click of a button) and transcription becomes even more important, as the latter demands consideration not only of an accommodation to the literal register of the new instrument, but also of that instrument’s characteristic voice, and invariably, of the transcriber’s relationship to the instrument and the repertoire. On this lyrical recording, Lanzilotti presents the premiere recordings of the viola versions of several works originally written for violin or cello (and the premiere recording of her work outright), asserting the dynamism of the transcriber’s art.

Andrew Norman is well known for his comprehensive command over the extended technique language for strings and his implementation of that vocabulary in the service of expressive music that is full of character. In his Shakespeare inspired Sonnets (2011), the five movements explore a different composite texture between piano and viola in their evocation of fragments from the Bard’s poetry. The first features a mournful melody in the viola as Messiaen-esque chords accumulate energy in the keyboard. In the second movement, “to be so tickled,” ricochet articulations in the viola and coquettish arpeggios in the high register of the keyboard egg each other on in a rolling series of giggles. The halting, fragile articulation in the viola in “my tongue-tied muse” suggests the discomfort of communicating through resistance and difficulty — in Lanzilotti’s note she refers to this texture as the “stutter technique.” The piano plays sparse, hollow voicings as the viola struggles to assert a more full-throated voice. In “so far from variation,” pointed accents interrupt an ascending motive and consistently send it back to the first note of the phrase, frustrating its efforts at stringing together a longer line. The final movement, “confounded to decay,” opens with delicate harmonics in the viola that climb up the partials of the overtone series as the piano plays descending figures that reframe the music’s scalar context. The work ends with the piano alone, in an exploration of embedded melodic implication within the resonance of sustained chords.

Originally for solo cello, Caroline Shaw’s in manus tuas was inspired by hearing a Thomas Tallis motet. Fragments of Tallis’ piece are heard in deconstructed form, though Shaw’s focus is less on a recomposition or manipulation of existing material than on an elongation of poignant expressive moments. After an expansive arpeggiation passage, Shaw’s work turns inward to close with strummed and plucked chords before two final bowed sighing gestures.

Lanzilotti’s Gray (2017) for viola and auxiliary percussion was originally written as a collaborative piece with dance, though the version heard here was recorded as a work for sound alone. In the original cross-discipline format, the pacing of the sections is determined by the dancers, acknowledging their unique physicality, and Lanzilotti preserves that spirit of variability in this audio performance.

Norman’s Sabina is inspired by the refraction of light as it comes through stained glass windows in a church. Drawing an analogy between white light and white noise (the former containing all the colors of the spectrum and the latter containing equal presence of all pitches), Norman tracks an evolution from darkness to illumination, as unfiltered sound emerges through a haze of harmonics. The work reaches ecstatic heights as the open strings and natural harmonics are allowed to ring freely, capturing the moment when the sun’s rays are seen directly through the prism of the glass. Eventually, Norman returns to the veiled sounds of the opening — the light is again hitting the window at an angle.

Throughout this recording, Anne Leilehua Lanzilotti’s performances pinpoint the essential communicative elements of each piece. Beyond simply advocating for a new body of transcribed work for viola, “in manus tuas” also asserts core aesthetic values that are traditional to string writing even as they integrate experimental techniques.

Anne Leilehua Lanzilotti is a "leading composer-performer" (The New York Times) dedicated to the music of our time. As a composer, Lanzilotti is interested in translating sounds from everyday life onto traditional instruments using nontraditional playing methods. Her compositions often deal with unique instrument-objects, such as her commissions from The Noguchi Museum involving sound sculptures. ... more

Bandcamp Daily  your guide to the world of Bandcamp

Featured sounds from Fly Lo and Ahmed Idris, plus Mother Nature hops on to drop off new project